We had a chat with one of our agent clients, Tom Hood from Hoods Residential. They have been using our referencing product since their agency began – which was remarkably at the same time the first nationwide lockdown struck. We picked Tom's brains for his thoughts on the student rental market, especially as an independent letting agency, plus his experience with RentProfile.

To start, would you like to introduce yourself and tell me a bit about Hoods Residential?

Yes, absolutely. My name is Tom Hood, I’ve recently established Hoods Residential off the back of changes in the lettings market. So I had been working for the University of Surrey in Guildford, who had a portfolio of around 90 houses off-campus that they managed for students. But because of, largely, Coronavirus, and the demand dropping pretty much overnight from the student perspective, the university decided to close the department and effectively make my post redundant.

Hoods Residential was brought about as I still wanted to work for the landlords and the houses still exist in the community. There is still a market for students so we’ve set up, privately, taking over what the university was doing. It’s going quite well at the moment, we’ve picked up around 30 student properties in Guildford and we’re looking to expand into the broader private rented sector.

Would you say you have any ethos’ or principles you follow as part of your agency?

Yes absolutely, so two things really: it is always the students at the heart which is a little bit unusual for our business. It tends to be that the landlord is the client and the focus of the business.

However, that’s switched over completely when suddenly the tenants were the focus and it was all about customer service. And it actually works really really well; when the tenants are happy and they want to live in a property they end up looking after the property and paying on time and just enjoying being there, and staying longer than they would if they weren’t enjoying themselves. So actually that opened up a new side to the business which is actually quite interesting.

Secondly, going back further than that, my personal ethos is basically that nobody wins unless everybody wins. In this case it’s students, landlords and ourselves as the agents, it can be the Council if it’s HMOs and looking at noise complaints and things like that. It’s everybody within the letting but also the broader community needs to be winning, and when that’s possible then the business takes care of itself.

How would you say your agency, as an independent letting agency, stands out compared to corporate letting agencies?

So it’s just about the all-round service. If we can keep portfolios small for a good couple of years and really refine what we’re doing, and provide more of the all-round customer service that we’ve been talking about that the university was able to provide, I think it will attract more landlords and students will be more likely to rent from us.

For example, we’ve got a gardening rota set up which isn’t normal for a letting agency but what we find with student houses is that students don’t tend to look after the gardens. In HMOs everyone thinks someone else is going to do it, no one really takes responsibility for it, the landlord doesn’t really want to pay someone to do it, so we’ve built into our business model, as part of the full management service, that we will be cutting grass from between March and October. It’s little things like that that hopefully sets us apart, gives us a personal touch.

At the moment, because I’m doing predominantly everything, every time somebody calls the phone, whether that’s a student or a landlord, they’ll get through to me and I’ll be able to deal with things personally. So it’s just the personal touch that we’re building.

What do you find most interesting or exciting about lettings in Guildford?

Predominantly what we’ve done so far, as I’ve said, is students. The University of Surrey has about 17,000 students, of which 10,000 are off-campus, so there’s a big big market for off-campus accommodation.

Over the last three years working at the university I’ve really enjoyed engaging with young adults, 18-21 year olds predominantly – just the enthusiasm! The way they look at life and the way they enjoy renting; a lot of them are renting for the first time so there is that naive aspect, but the willingness to learn, the willingness to get involved and to understand, for example, how utilities bills work. Being able to teach someone and the satisfaction you get off the back of that – that’s the best part of the student market.

More broadly, Guildford is just a lovely area – the train into Waterloo is 30 minutes, so we’re on the edge of London, it’s very green, within a 5-minute drive you can be out in the fields. It’s just a lovely old town to live in.

How have you noticed the student rental market changing throughout the Covid period?

Slightly before Coronavirus actually the student market in Guildford was changing anyway. There’s a lot of purpose built accommodation going up in Guildford; you’ve seen it a lot in other cities, definitely in London and Brighton, but now Guildford seems to be a hotspot for these developers building 600-700 unit, purpose-built, student-halls style flats. This is not directly competing with the old-fashioned house-share model but it is taking some students out of the market so it is having an effect.

What’s happened is that over the last few years is that there’s more rooms than students in Guildford for the first time in a long time. It knocks on and it’s supply and demand – the students can then look around, they can choose the better properties and locations, they can make offers and get better prices. So the boot’s on the other foot slightly more than it was 5 years ago when there were a shortage of rooms and landlords were charging big prices for, sometimes, not very nice accommodation.

That was changing anyway, and then you had the Covid situation which is just a wrecking ball through the whole thing. Student numbers dropped off – what happened was April 1 last year, the university had released all of the students at the start of the first lockdown. Not everyone left, we think we had 75% of the students left our accommodation so we had a good 60-70 empty houses in Guildford that were student properties. The knock-on from that was students not coming back this year, learning remotely, the influx of rooms, basically the student market had been weakening.

How did your agency processes react to working from home?

The mentality going into it was, there will still be students in Guildford and there are still properties that they’re going to rent, so we need to home in on the best, this being the closest to campus, the best value for students, the best condition – and the fourth category being the best landlords. This means the landlords that are most willing to repair things when things have gone wrong, to work with us and who enjoy renting to students.

If we can get those four right, and pick up about 30 houses like we have done, we’ve got them all under offer and that will keep us going hopefully through Covid – we’re set up for a year or two while we grow elsewhere.

You started up your agency by using RentProfile, how have you found it?

I’ve not got a bad word to say to be honest, they’re a very slick organisation. At the time when we were starting up the new business, it was quite an intense period because we had the university closing, my redundancy on the table, and starting a new business all on the backdrop of a national lockdown. So we just needed someone to come in, step up and take over, and provide the kind of service that we’ve got and we haven’t had a second thought about it. I found RentProfile through Google.

We had actually tried another referencing agency that I used in a previous job, but they weren’t willing to take us on because we hadn’t been established, they needed us to have been running for at least 6 months, which I didn’t understand personally, but that’s their rules. We went to RentProfile instead who were more than happy to help out, the customer service has been apparent from the outset. The obvious need to reference students and guarantors has been quite easy for us, so really happy with the service.

Unlike normal lettings, almost every student needs a guarantor, and almost every student has a guarantor. So if you have a five-bedroom house you typically have five guarantors, because typically every parent, friend, or family member guarantees their own student, rather than the whole house. So a five-bedroom house where you’ve got 10 parties, that’s not easy to reference, but we’re getting reports through very quickly, we’re very happy with everything.

What’s one piece of advice, or something you wish you knew, before starting your current letting agency?

It’s difficult because we’re so young, touch wood, nothing has gone too badly wrong just yet. The banking situation was an absolute nightmare at the start because many of the high street banks were not offering business accounts, because Coronavirus related, so that was all a circus at the start. We went through one of the online banks which then turned out wasn’t appropriate for Client Money Protection, that kind of thing. We had to move away from them and back to a high street bank. It turns out that that my personal account was able to upgrade to a business account and then to a client premium account – if I’d have done that first thing I’d probably have been able to save around six weeks running around and phoning various banks and things.

Other than that I’m just looking forward to the year to come. It’s something we’re good at, it’s something, like I’ve said, that I’ve doing working at the university doing essentially the same job for the last three years, so hopefully it all goes quite smoothly. 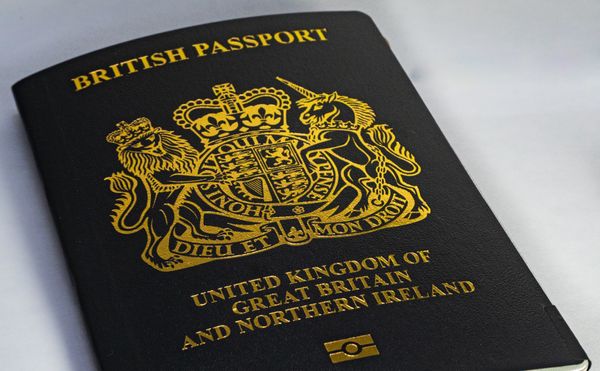 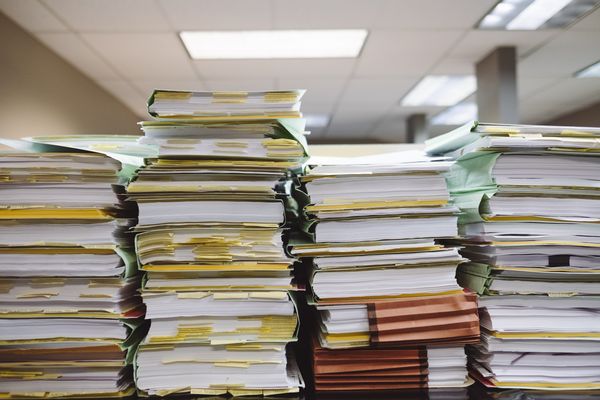 Going paperless in an office was once an impossible feat. Now, with so much technology